When I first read the directions for these loaves, I was surprised by the amount of wait time involved. The weekend that I chose to make these was perfect because we didn’t have anything planned.

Saturday, I spent the entire day in the kitchen. A whole seasoned chicken went into the oven in the morning, which became chicken sandwiches for lunch. Then I made a chicken pot pie for dinner and there’s still enough for chicken and broccoli pizza and chicken soup with rice. One chicken became four meals with plenty of leftovers for three people.

While I was constructing these meals for my family, I was prepping the dough for these loaves. It came together quite easily even without a mixer. 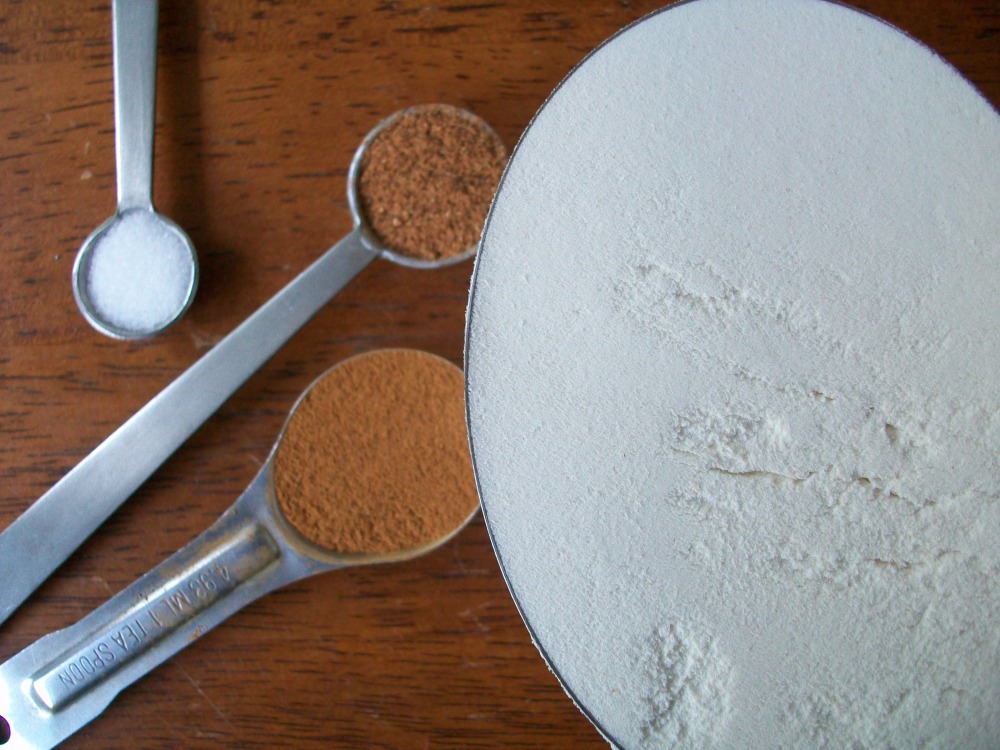 I decided to use half pureed butternut squash and half canned pumpkin.

I used dried cranberries and walnuts, omitting the golden raisins. I fell in love with the color of the dough, just like the book says, “the color of fall’s golden leaves.” 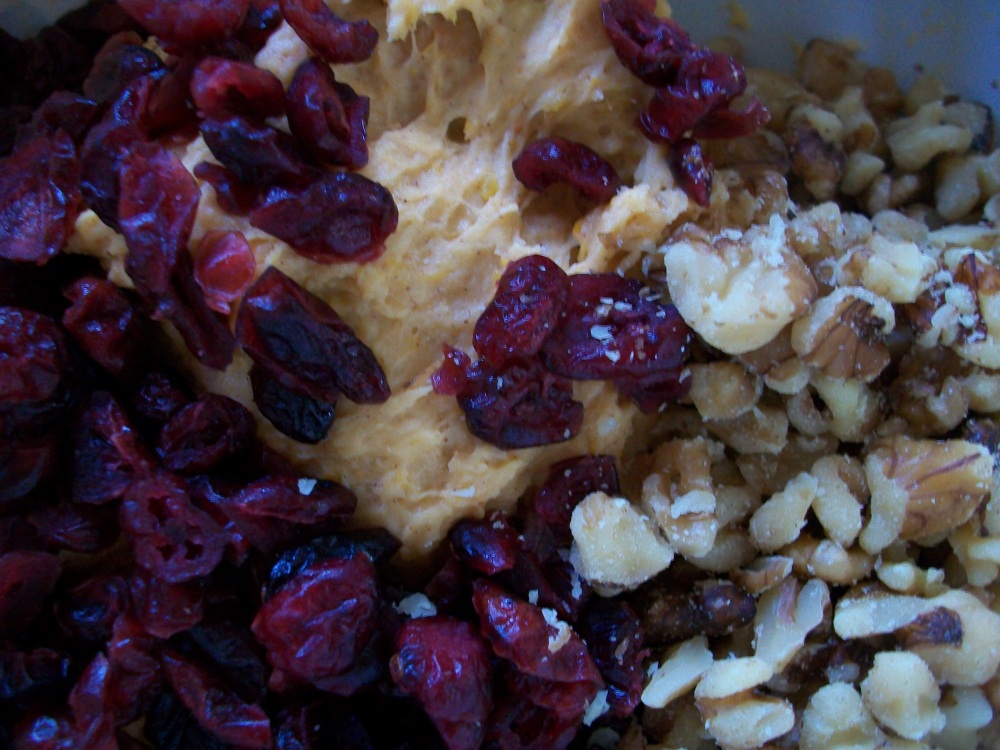 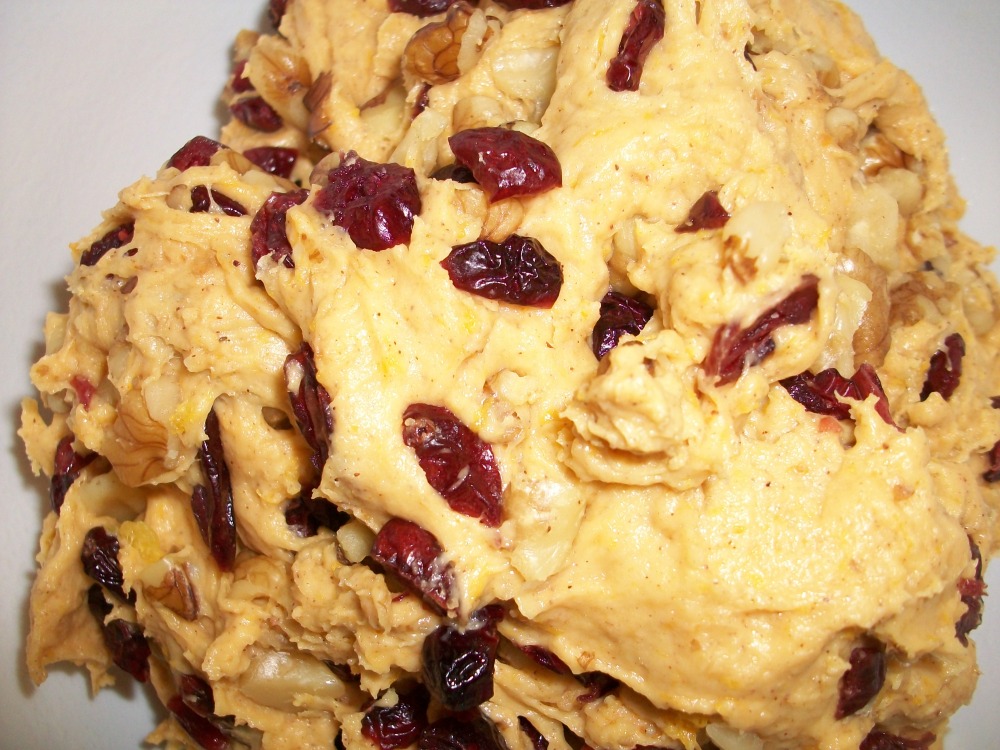 When the dough had risen and rested in the fridge over night, it was split into three loaves, covered and left to rest again. 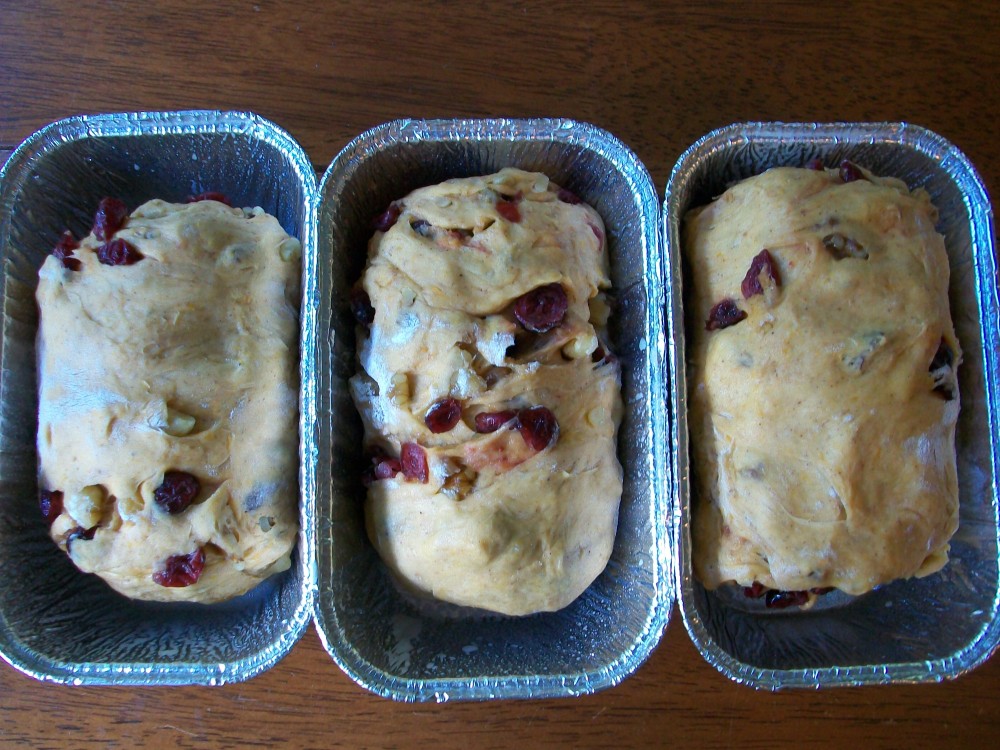 The recipe can be found on Rebecca’s blog at This Bountiful Backyard. You can also see how the other TWD bloggers did.

It looks beautiful but I wasn’t a fan of this bread. I think it was too savory for me. Maybe the dried cranberries were too sweet in contrast to the yeast in the bread. I’m not sure why but it wasn’t a winner in this house.

I would love to hear from you! Cancel reply